Super Lu here, back with another update. There were some technical difficulties reporting yesterday, so we begin with the activity after the official adoption registration. The crew headed to Trustmart with their guide, Lucia. She is very quick on her feet, so we missed photographic opportunities while shopping. It was definitely a bit different than shopping at Walmart back in the states! There were several opportunities to catch your main course in the seafood department. Also in the meat department the unwrapped frozen chickens, feet and all just lay in a pile in the freezer.
The family filled there carts with several varierties of drinks, some interesting flavors of Pringles, Chinese candies, "China milk", crackers and sweet snack bars (the adults in the group do NOT recommend the ones by Nestle that look like Kit Kats but have toasted sesame seeds as the layers 😳) The boys also picked out a couple of remote control cars to play with. Lunch was noodles and PB and J back in the hotel room. The boys enjoyed just hanging out and playing with their iPads, Lego and cars. They then ventured out to Pizza Hut for dinner. David loved the pizza, but Bobby ordered the fried rice instead and ate every bite! They called it an early night as Wednesday was to bring the Medical Exam for David. 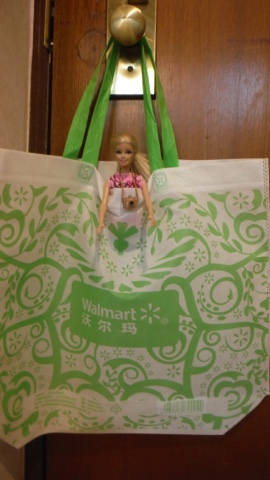 Wednesday began just as the others with the yummy breakfast buffet. David and Bobby love the scrambled eggs and the sausages along with noodles and several other items. 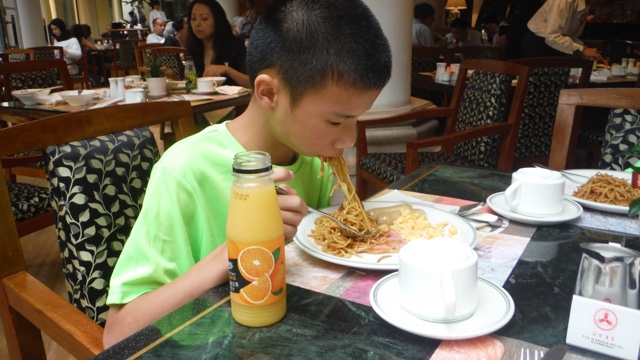 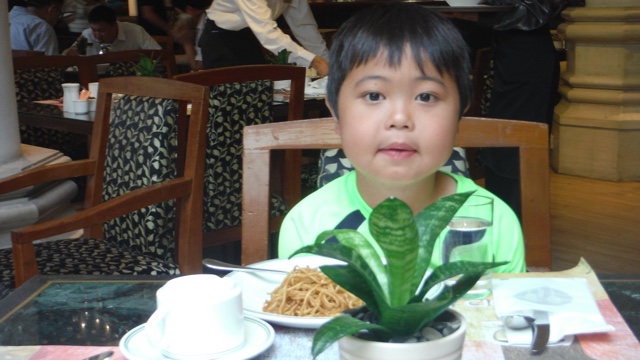 Once breakfast was complete, they headed out to feed the fish. The koi love to eat bread and all gather together to push each other around to get the food. 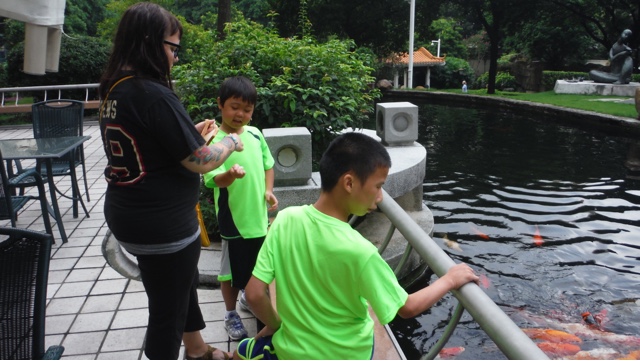 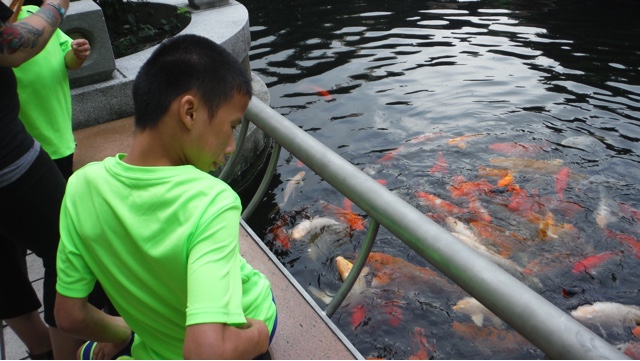 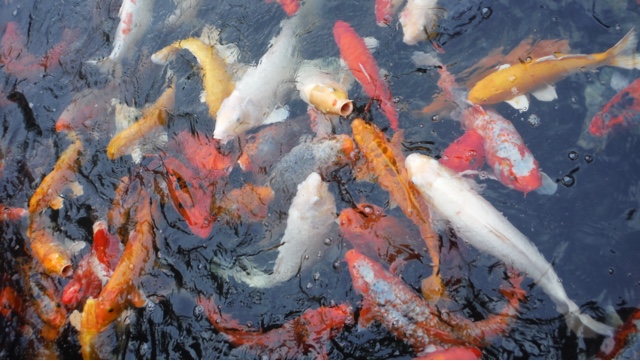 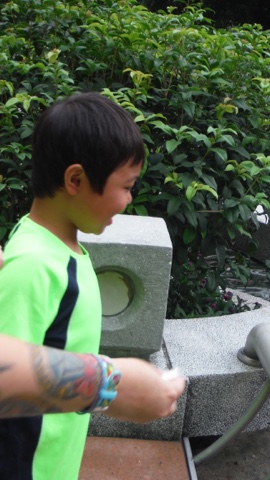 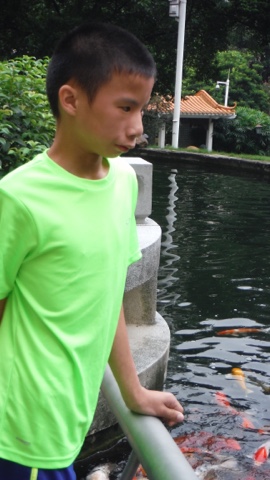 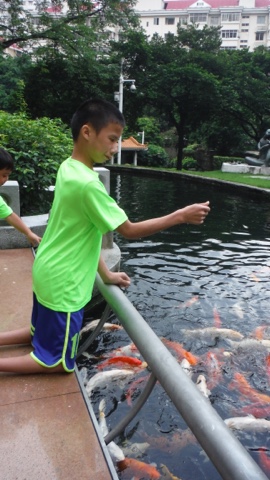 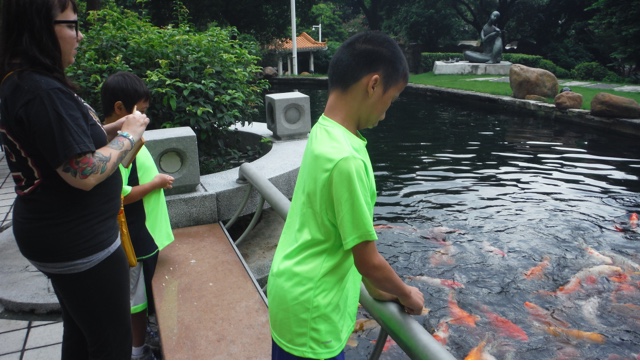 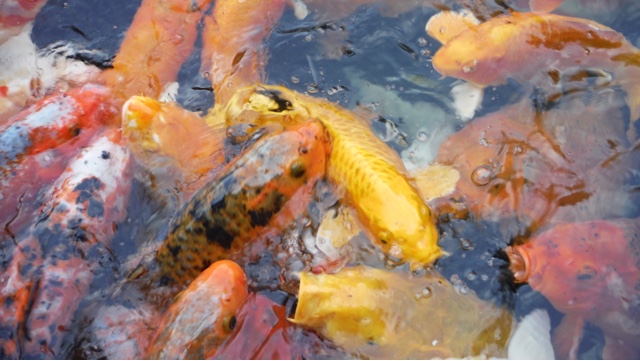 After a quick stop at the bathroom, it was off to the medical exam. David was ever brave as he had his blood drawn for the TB test and had to get the MMR shot. The medical staff checked his height, weight and blood pressure. He had a full body exam and saw/did 2 different eye exams. 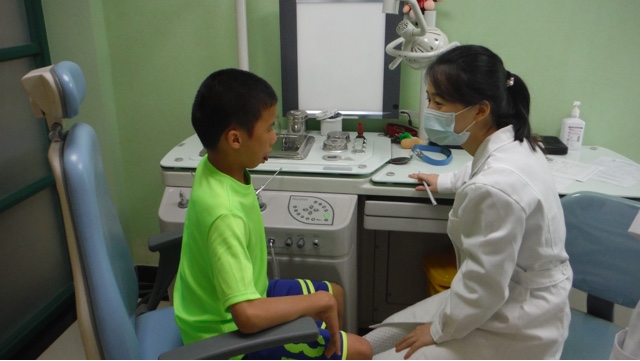 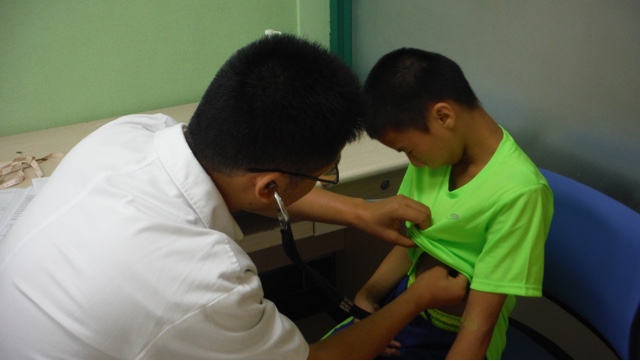 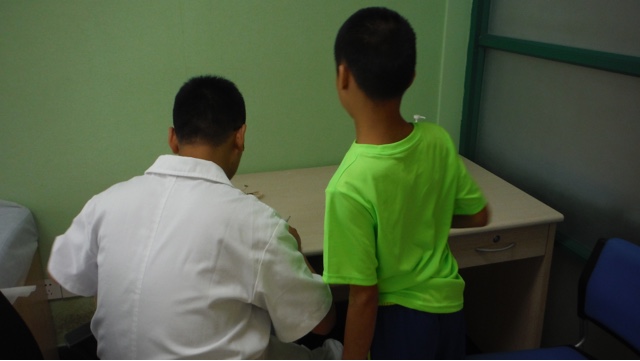 Once they were finished the crew headed out the building(passing the wine vending machine on the way out!) and headed to the huge bookstore. They hit the jackpot in the children's section! Lots of new books that are in both Mandarin and English will be accompanying David to his new home. 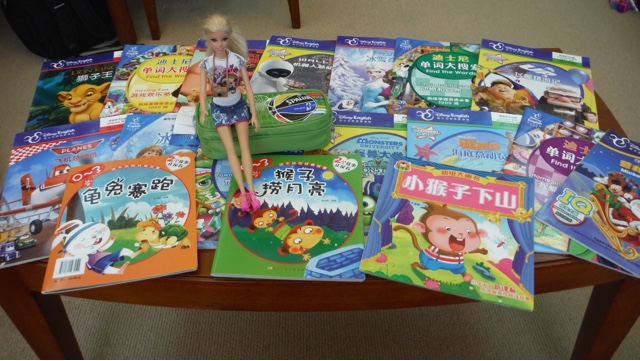 Beth ran out for dinner tonight. They had "Take Away" from Pelicana which serves some very yummy Korean fried chicken and cheese fries! After some more iPad and cartoons it was off to bed. Up next tomorrow is a visit to the orphanage so David can say his goodbyes and mom can get some pictures! This is Super Lu, signing off! 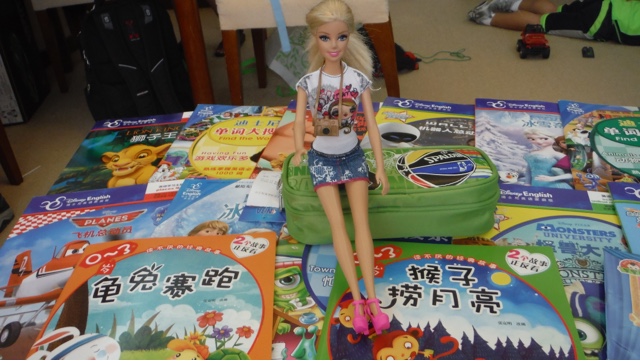