Super Lu here, back with another update. Today was a day to go sightseeing. Our crew headed to breakfast a bit later than the other days and then loaded into the van ready to go! Our destination today was the Chen Clan Academy. I hopped on the back of Bobbys wheelchair for a ride today as it was too hot and humid! 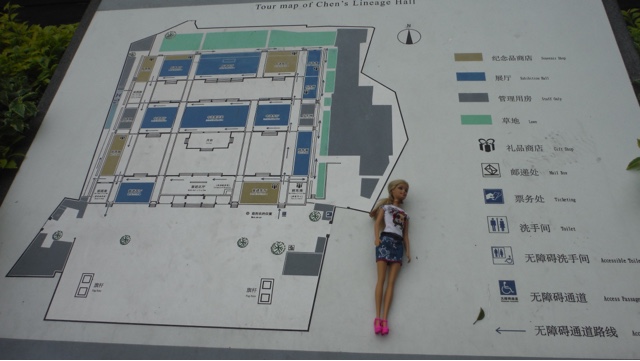 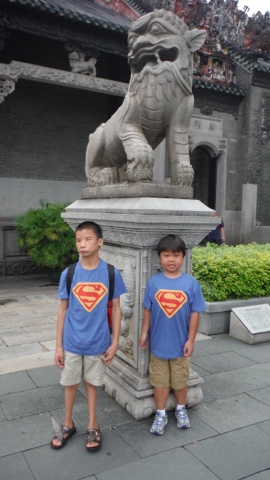 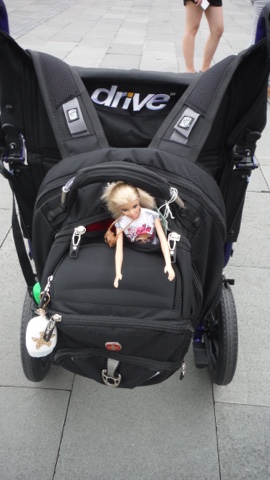 We toured this wonderful, ancient relic and saw very intricate carved woodwork and limestone. The front doors were massive and had door gods on them to protect the home. 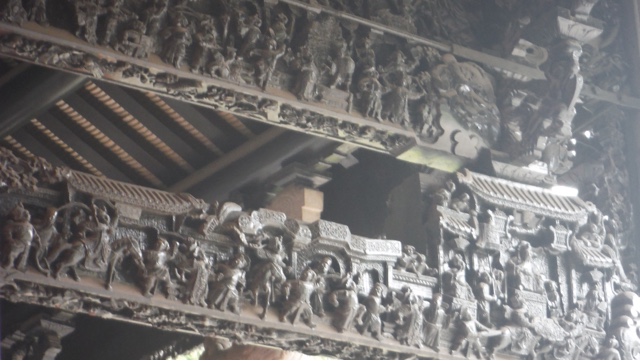 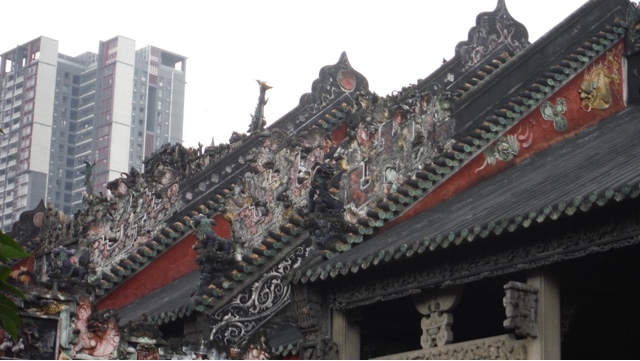 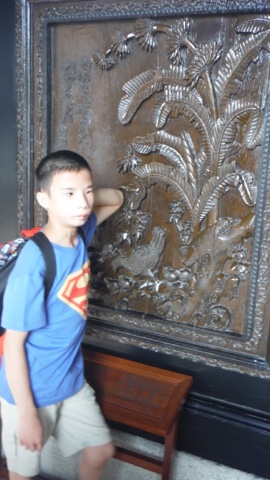 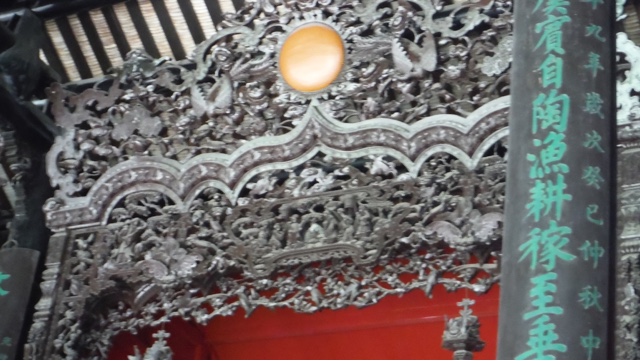 The building is now owned by the government and houses the Guangdong Folk Arts Museum. There was a display of very detailed and fragile cut paperwork. 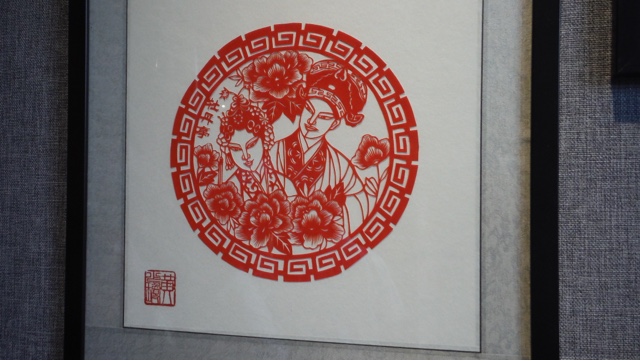 We also saw some furniture and room setups typical for the time period of the building. The beds had no mattresses and the pillow was a ceramic block! This reporter thinks she will stick with our more modern versions! 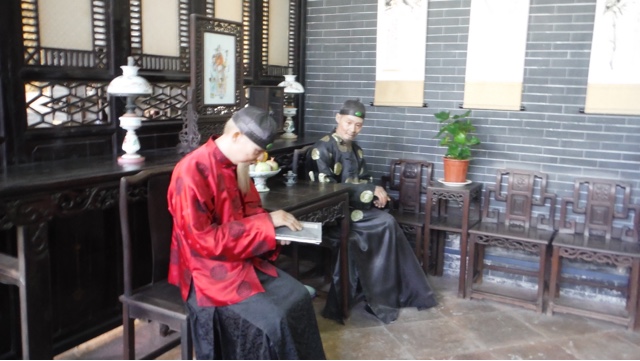 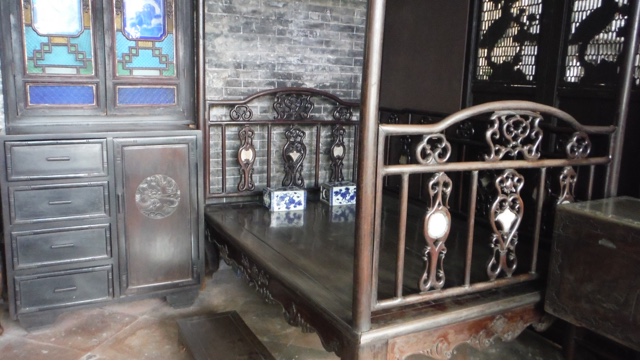 In another area an artisan was doing "inside painting" No pictures were allowed, but it was very interesting to watch. There are very few artisans left that do this kind of work. David picked out a little hanging glass ball that had a panda on it and the artisan added his name to it. Bobby chose one with the dog and also had his name "inside painted" There was also an exhibit of sculpture and embroidered tapestries. The detail in the embroidery was amazing. Some looked liked they were photographs! 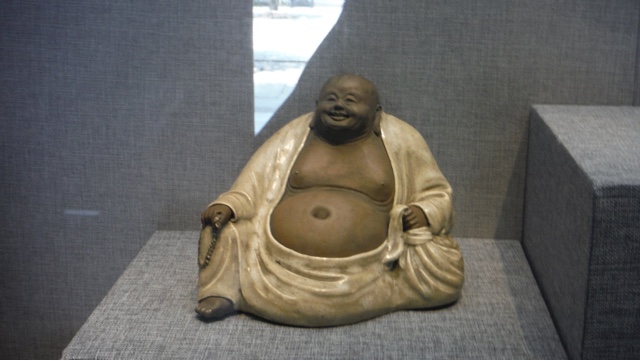 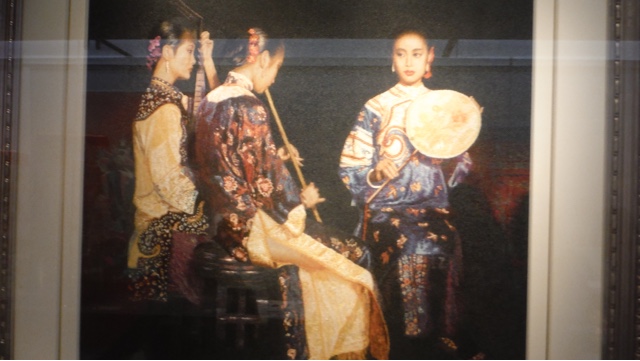 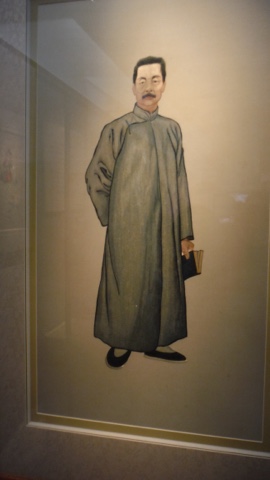 The next area had some very intricate ivory carvings. They were old as it is now illegal to sell ivory. The newer versions were bone cuttings and just as detailed  and beautiful. 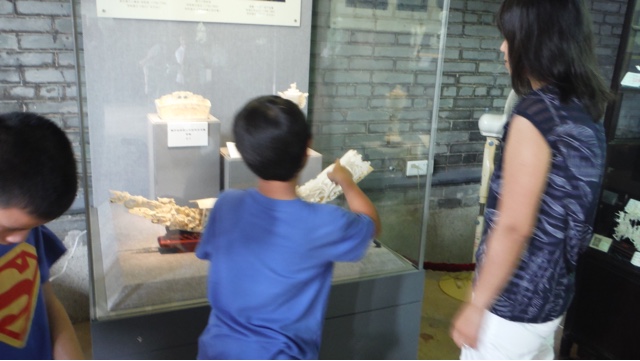 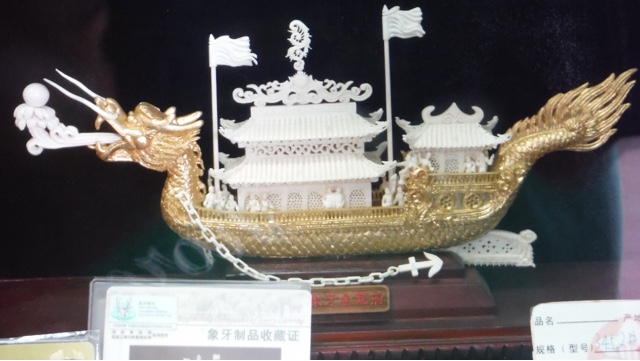 The next are had made family balls which the family picked a mid sized one to take home as well as a carved cat for Bobby. 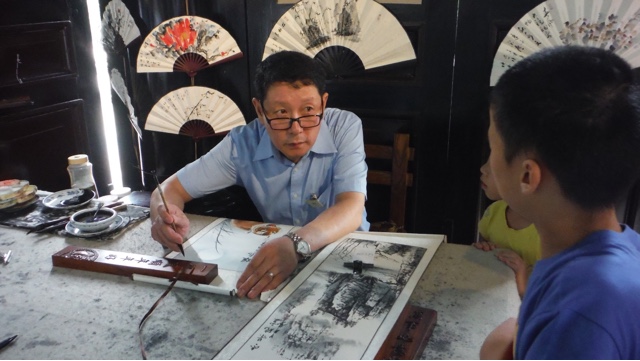 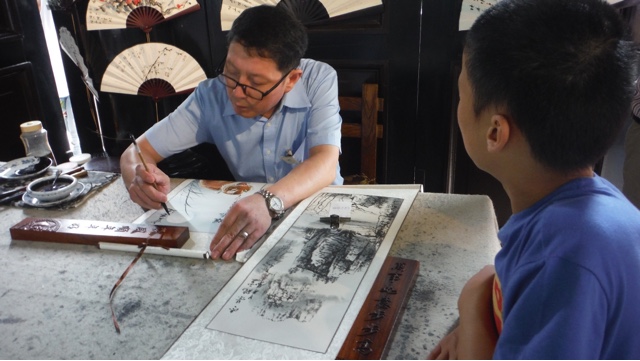 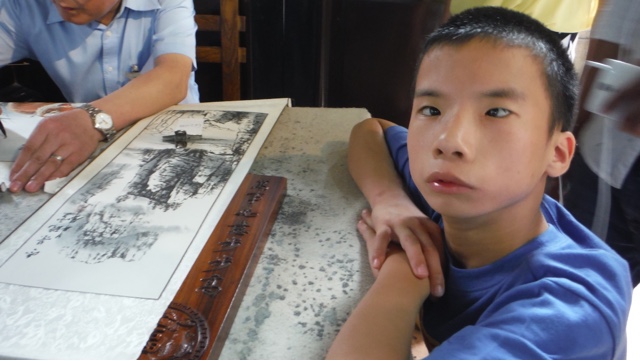 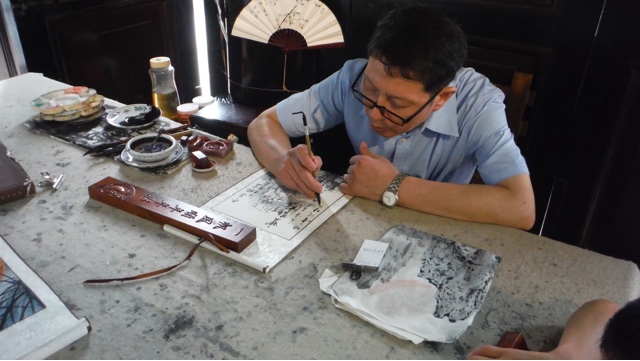 After that the boys were making it abundantly clear that they were done for the day, so the crew headed back to the hotel for some down time. Then it was an early dinner at the Noodle House with some yummy foods! 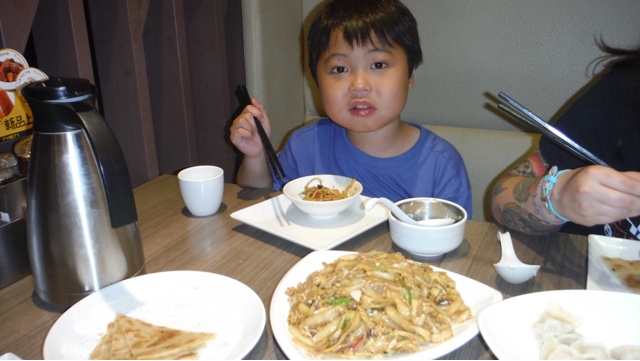 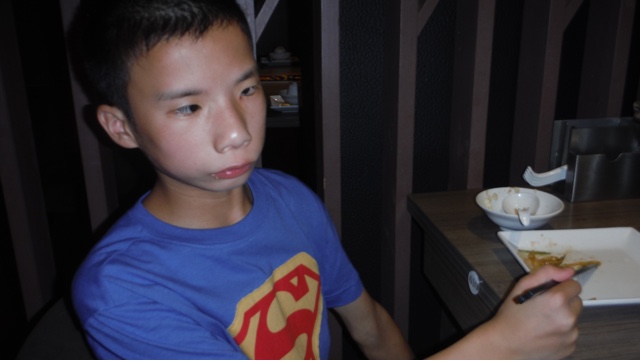 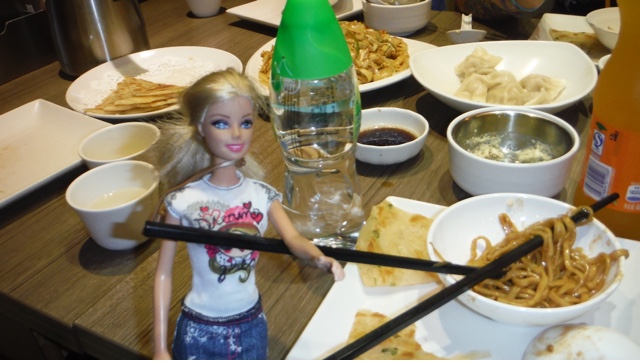 After a quick stop at 7-11 for some caffeinated drinks, it was back to the hotel! Tomorrow's plans are to take the Pearl River Cruise in the evening. So until then, this is Super Lu signing off!