April 3,2016
Today was the first day at sea and there were lots of activities planned for our crew! The day started with a Character breakfast bright and early. Bobby declared the food "very tasty!" This reporter loved the fresh fruit selection(although the boys had eaten half of it before we could snap a picture!) 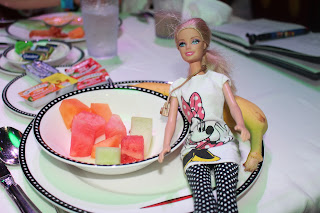 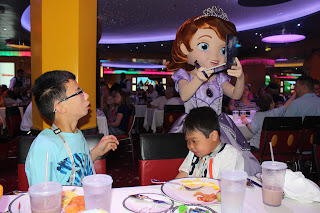 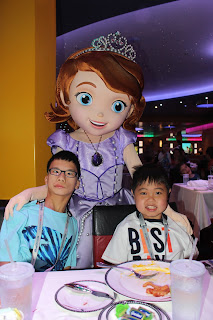 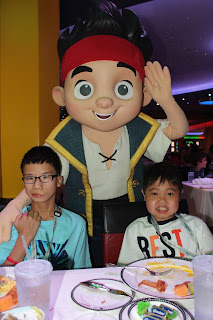 The next one to stop by the table was Doc McStuffins and I decided to join the boys in their photo opportunity! 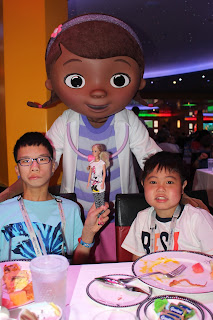 And then finally the mouse himself stopped by for a visit. This reporter could not miss meeting the one who started it all! 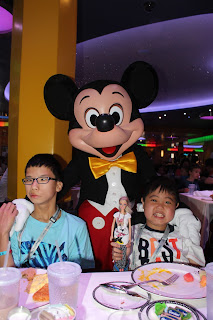 After breakfast the boys spotted Jessie in the atrium. She fussed over Bobby's shirt just loving the saying! David gave her the biggest hug! 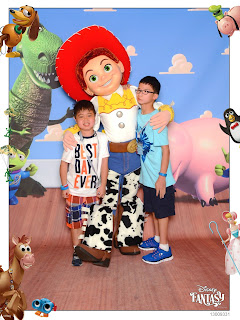 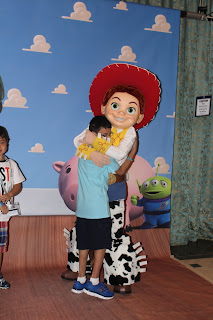 Jessie then saw me and was so excited! Such a treat! 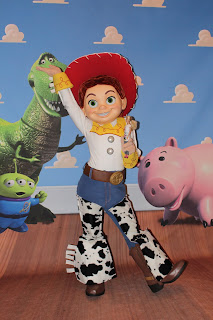 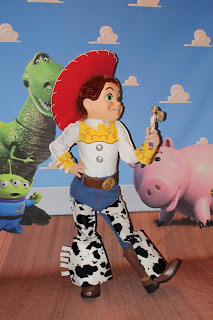 The crew then headed back to the shopping area in order to buy the limited edition Star Wars pins that could only be bought on the cruise. We also did a bit of window shopping to preview what goodies might be purchased before the cruise ended :)

It was then off to the Castaway Cay members reception. Yummy snacks and free drinks! We adults enjoyed the Bellini while the boys enjoyed sparkling apple cider. David loved the shrimp and Bobby loved the chocolate chip cookies. Cruise director Minnie even showed up and of course the boys took advantage of that photo opportunity! 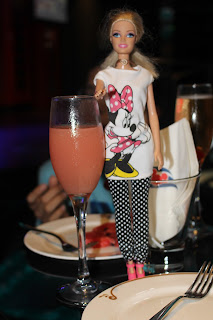 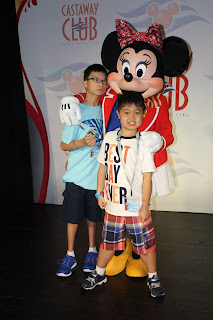 Next up was the Frozen meet and greet with Anna and Elsa! The wintery background sure was a contrast to the warm weather outside! 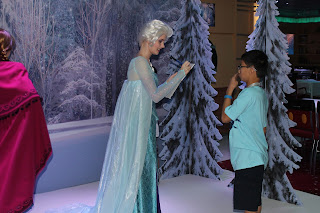 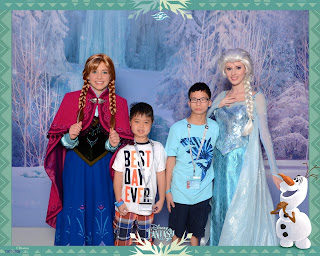 After a quick lunch at Cabanas the boys went to the kids club. Beth headed to look at the shops and then to relax and read on the verandah where she may have nodded off for a quick little nap. Shhh!! When it was time to get ready for dinner the boys did not want to leave the club! They did though as tonight was formal night and family pictures were in order! 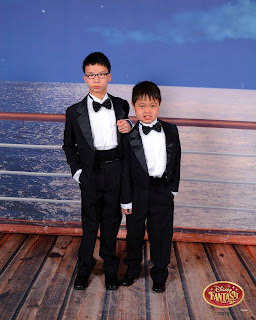 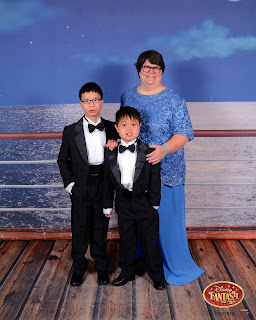 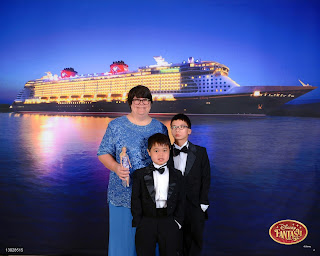 After the photos we headed to the Enchanted Garden for dinner. Again more photos and delicious food! The ceiling of this restaurant changes from daylight to nightime as the dinner progresses. The flower shaped lights bloom into bright white with the darkening sky. 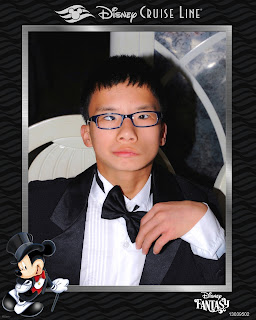 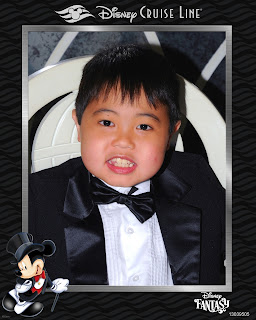 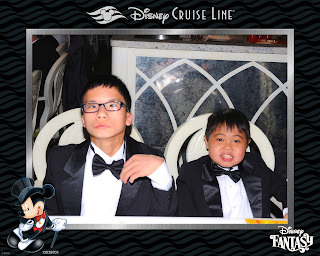 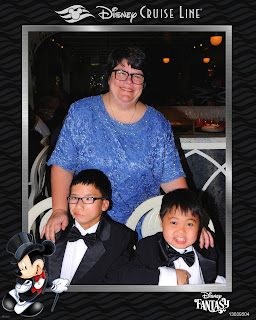 At the end of dinner our wonderful Assistant Server Jocelyn made the boys origami fish which the boys really enjoyed. Both our Server and Asistant servers were wonderful with the boys and the boys were excited to see them each night! 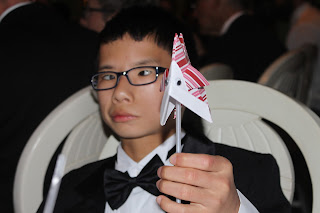 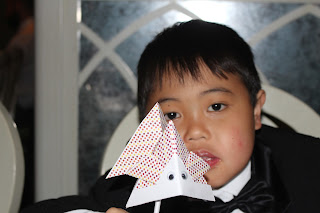 Tonights show in the Walt Disney Theater was Aladdin. What a fabulous performance. The Genie was so awesome! He was spot on! No pictures are allowed in the theater but we managed to snap a couple  as we waited to be let in for the show. I thought my escorts for the evening looked quite dapper! 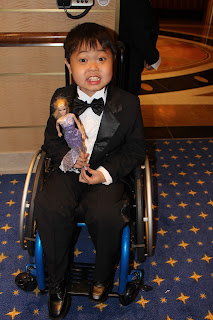 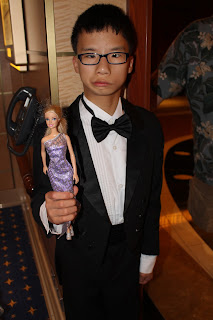 After the show it was time to head back to the stateroom to get a good nights sleep as we will be in Cozumel tomorrow and have a dophin encounter scheduled. When we arrived back at the stateroom we found another creation waiting for us. Tonight there was an elephant along with the chocolates and next days Navigator! 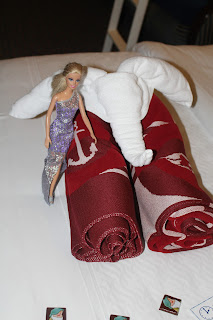 That's it for our first day at sea! Tomorrow I will be reporting from Cozumel! This is Super Lu signing off!