Forever Mama and Forever Big Sister rose early in order to travel to the Atlanta transportaion hub. Their winged transportattion unit was schedule to depart at 1300 hours for the first leg of the mission. The supplies are packed and loaded into the van, so off to the transportation hub they go! 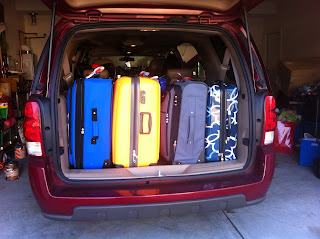 This was the first time that Forever Mama had been to the International transportation hub and thus finding the docking station for the van became a feat in itself. The route to the International Park and Ride docking lot is not well marked, but Forever Mama, being the pathfinder that she is, managed to locate the lot after just 1 extra circle around the transportation hub. Forever Mama is sure that the personnel manning the cameras at the lot had a good laugh at Forever Mama and Forever Big Sister trying to gracefully get 4 large rolling pieces of luggage , 1 large carryon tote, 1 CPAP machine, 1 rolling backpack and 1 large shoulder travel bag onto the elevators and to the shuttle location.
After successfuly getting checked in at the Korean Air counter and after a quick uneventful pass through security, Forever Mama and Forever Big Sister reached their departure gate. Forever Mama went to buy 2 bottles of Diet Coke and 2 bottles of water in order to maintain hydration during the long flight (although there was not a real need for this as the Korean Air staff made sure that their passengers were well hydrated and nourished during the flight!) 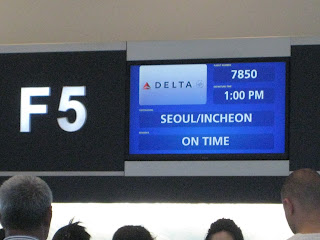 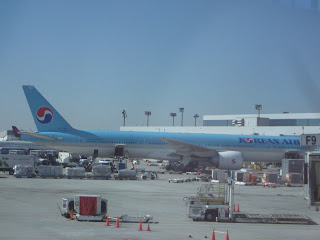 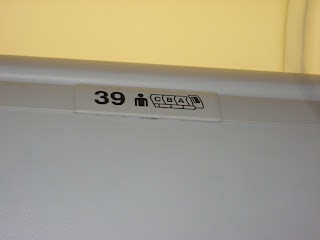 Forever Mama tried to remain inconspicuous, but ended up delaying the flight as the Korean Air crew discussed the battery pack for her anti-snore machine. The decision was that it was not allowable and was confiscated. They wanted to confiscate the entire unit, but Forever Mama stood her ground and let them know that under no circumstance would that happen. No sleep during the winged transportation flight was one thing, no sleep for the entire 2 week mission was not acceptable. The crew agreed and the flight commenced. This entire leg of the mission (13.5 hours long) was done in daylight, so window shades were drawn for the entire flight in order to allow for sleep to occur (well at least for some.Forever Mama did not sleep more than a few minutes here and there) The flight crew provided drink services frequently offering juices and water (they also have free beer and wine on international flights) Coke Light and other coke products were available for the asking. The first meal served was a korean meal of Korean Bibimbap, which Forever Mama liked, but Forever Big Sister did not.(Neither liked the seaweed soup!!) 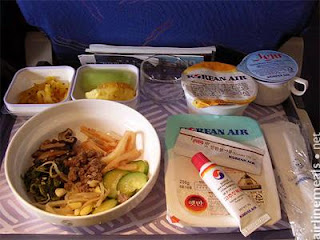 A snack of a hot roll was served later, which is one of the best things Forvever Mama and Forever Big Sister have ever eaten! Dinner later on was either beef or chicken. Both went with the Terriyaki Chicken which was very good. 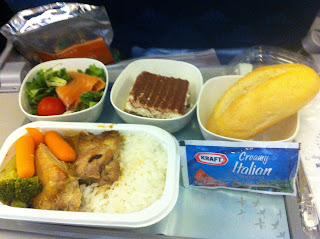 The inflight entertainment system was a great diversion to the long flight. Forever Mama watched several movies and played Pac Man! Forever Big Sister watched some movies and listened to music. The aisle allowed for walking and there were places near the bathrooms to stretch and do some knee bends to try to unkink form the long flight. The flight went over the Artic Ocean and Forever Mama walked to the back of the plane and looked out and saw an icy wonderland! 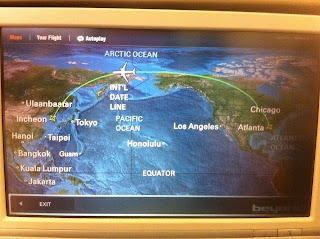 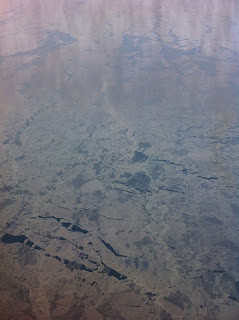 This leg of the trip was way too long for Forever Mama. WAY TOO LONG!!! Flying is not her forte! The flight landed in Hong Kong as scheduled and the pair headed off the plane and through the transit security. This took a good bit of time and made Forever Mama worry a bit about the trip home and short layover. The departure gate for the next leg of the mission was on the other side of the concourse and a tired and weary Forever Mama and Forever Big Sister finally found the gate and took a seat to wait for boarding. 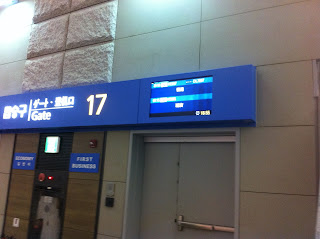 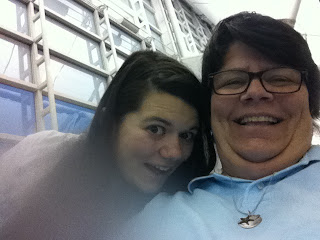 Forever Mama headed back out to find the currency exchange desk and to buy some caffeinated drinks (ths time Coke Zero) The crew arrived shortly thereafter and the boarding began. This was another completely full flight, but this time we had a row with only 2 seats. This flight was only a little over 3 hours long, which was much more tolerable than the previous flight length. A meal was served, but Forever Sister was not too thrilled as only the Korean Bibimbap was left when they got to our seats. She ate some, albeit reluctantly. This leg of the mission landed on time in Hong Kong where it was already Friday, March 15th at 10:55pm. 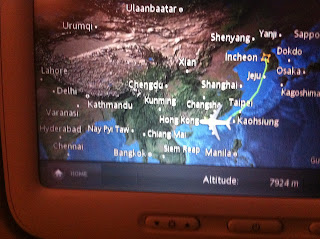 Forever Mama and Forever Big Sister knew that Little B was just across the expanse of ocean in Shenzhen City (about an hour or so away!) It took all they had not to jump into a taxi and go to retreive him immediately. Level heads prevailed and the duo instead went to get the green taxi to Hong Kong Disneyland! 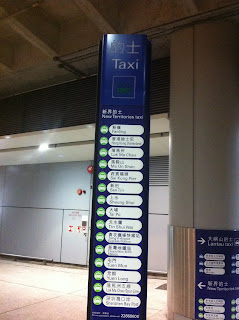 Up next- a day at Disneyland (or regulating to China time)
Posted by Beth at 12:24 AM