Today was the day for final goodbyes to my dad. I had a dream last night that nobody came to the service except Taylor, the boys and I. Not a great start for the day.

We had a small ceremony at the Columbarium in the Memorial Garden at the church and then the memorial service in the chapel. Several of my dad's friends were there representing different areas of his life and several of my friends also attended as did Taylor's best friend. Many wore gold and black for the Iowa Hawkeyes and in memory of my dad. Both Taylor and I spoke at the service and she did a great job! I know her Papa is proud!

The pastor was impressed that my dad had left behind a 10 page typed packet of notes from many of the years of his life that detailed his most important memories. It is a treasure that I have it. The pastor encouraged all of us to sit down and do something similar as we give thanks this coming week. To leave behind such memoirs is a gift for our loved ones and friends.

I managed to get through my part and thought I would include my tribute to my dad here. As I begin to move forward with life again, I know I will miss him dearly, but I know that he and my mom are together and watching to see what life brings us next. 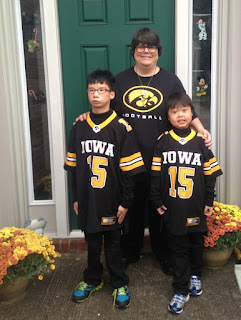 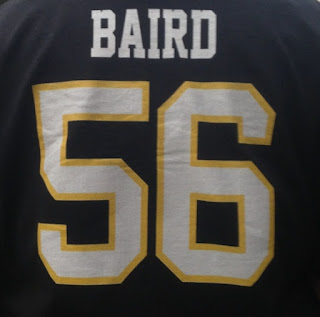